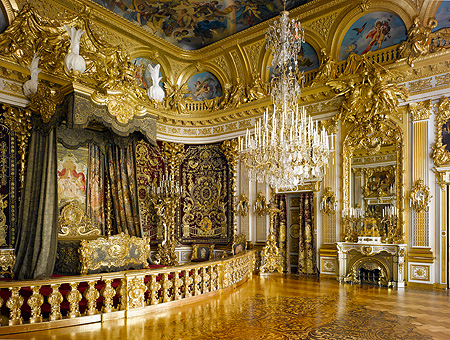 We know from Louis XIV's court ceremonial that the royal bedchamber was used for the first and the last audience of the day, called the 'Lever' and the 'Coucher'. Compared with its much smaller and simpler counterpart at Versailles, Ludwig II's Herrenchiemsee State Bedchamber, which he never used, marks a high point in ornate decoration. On 18 September 1881 the room was presented to the king as the first in the palace to be completed.

back to the Second Antechamber

further on to the Council Chamber